In Midnight Rush you control a hungry vampire in bloody roadtrip.

Leave a trail of havoc in every city you visit while you try to survive your overwhelming hunger. 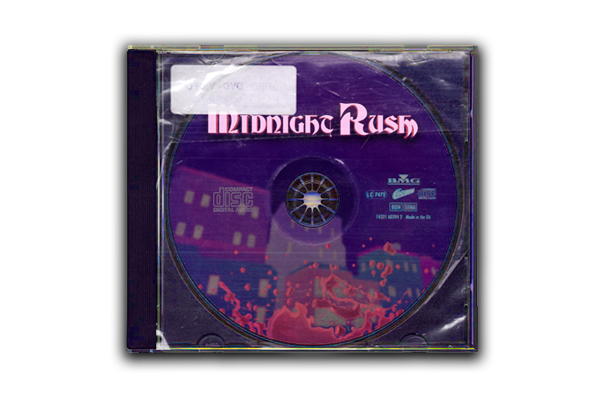 Can't beat the game in Gnome city due to lack of spawning and thirst meter go down too fast, need some tweet

This one under winehq-staging(v7.0.0). The single wine tried untill now runs properly UE4 on Linux.

Video Runnig your game in UE4 on Linux

I like that the game mechanic is flipped from the usual norm. Enemies move away from you and you have to chase them! Simple but clever, and nice art style

why can't i claim this?

I loved the art style and the music from this game.  Keep it up!!!

AHHAHAHAH THIS GAME IS SO SICK

coffee is weird, sometimes ill see a little pop up to drink with spacebar and IDK why.

A really fun short game. I enjoyed working out the best way to stay alive for those 3 minutes even if the human spawns was a little weird.

I played this as part of a pack of 8 Itch.io games on my Twitch channel

May I asked what genre is this? This 3d pixel art game?

such a gorgeous game, managed to kill 12 poor humans

Just played it and I absolutely love it so far. The presentation is really great. The overall aesthetic is really cool and the sound design and music are damn catchy. Having the buildings to drink blood from (I'm assuming it was coffee or something by the look of the cups lol) be present also presented a nice addition of strategy. This was honestly just really fun and addictive

Love the jiggly of the blood bar!!!

Fun little game, I think the "coffees" are broken can't see them in game but I do see a popup to take a drink? love the HUD, and speed of the game.

Hii, I've made a video about the game and wanted to share some feedback about it, hopefully it is useful to you ^^

-THe idea of the game is quite good and fun.

-The gameplay mechanics of the game are well implemented and keep a good "flow" on the gameplay.

-I've found a"bug"/"glitch" on the level, I've managed to get outside of the map through a gap in one of the walls, that broke the game and I had to restart it.

-Visually the game looks really good and the only thing that could be improved is the amount of models for the "humans" as it could be great to have some extra ones to make the population a little bit more diverse.

Hopefully this is useful to you :D, also if you could subscribe that would help me a lot :)

Reply
Casper The Helipilot325 days ago

Cool game. He has good potential for more, much more. Congratulations on your game.